Sorry! You missed 9 to 5 at Savoy Theatre 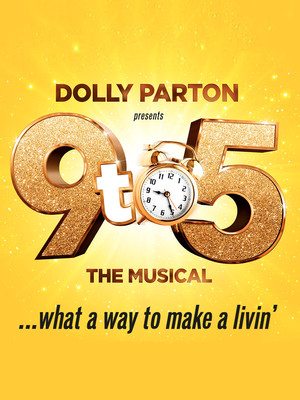 Tumble out of bed for the rip-roaring 9 to 5

Fire up your fax machines and get tapping at those typewriters! Dolly Parton's delightfully barmy musical adaptation of the hit 1980 revenge caper has hit the West End! Starring Caroline Sheen, Bonnie Langford, Natalie McQueen, and Chelsea Halfpenny and full of brand new songs penned by Parton herself, (and the ever-fabulous title track), expect shoulder pads, big hair and more, imbued the wit and warm spirit of Queen Dolly, as 9 to 5 begins its much-anticipated shift!

The tremendous tale of three women, glamorous Doralee Rhodes, newbie Judy Bernly and frustrated Violet Newstead, who work together in a man's world ruled by the insidious Franklin Hart Jr. Fed up of being overlooked and bullied and hit on by this sexist, chauvinistic, egotistical nightmare of a boss, these three very different characters get together to hatch an empowering plan to get revenge, with fiendishly hilarious consequences, forming a strong bond, despite their differences.

A kitsch, brazen evening of unabashed novelty, this is the perfect show for a big girl's night out and for anyone who's ever sworn sometimes 'that man is out to get me!'

Adapted by Patricia Resnick
Music and Lyrics by Dolly Parton

This unabashedly cheerful tuner arrives on the West End in fine form. Zippy, campy and full of gloriously OTT 80s fashion, it's an all-out celebration of female empowerment that shines brightly out from its radiant central cast.

Sound good to you? Share this page on social media and let your friends know about 9 to 5 at Savoy Theatre.