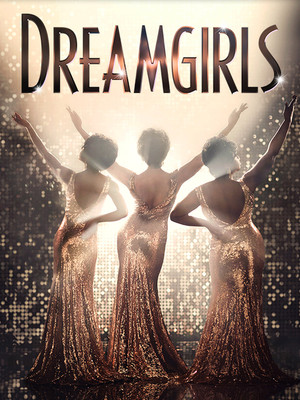 Don't miss this musical biopic based on the story of The Supremes. First hitting the Broadway stage in 1981, in 2005 it enjoyed an adaptation to the big screen starring Beyonce Knowles, Jennifer Hudson, and Anika Noni-Rose, before opening in London to rave reviews in 2016.

With a powerful score and thought-provoking story, glittering sets and costumes, Dreamgirls is the ultimate theatrical experience. Expect to be on your feet at some of the powerhouse performances, we promise you - you're gonna love it!

After quickly landing them a job as backup singers for the soul and rock 'n roll sensation James "Thunder" Early he begins to guide their quickly rising career, and dictates their every move. However, when the beautiful Deena emerges as the star of the group rather than the full-voiced Effie, the girls' rivalry leads to a personal and professional crossroads for the trio.

With a powerful score and thought-provoking story, Dreamgirls has touched audiences all the way from 1980s Broadway to 21st century Hollywood, introducing some legendary breakthrough performances along the way.

The producers cannot guarantee the appearance of any particular artist(s). This is subject to change and may be affected by holiday, illness, or events beyond the producers' control.

a masterclass in the biographical musical, a glittering and breathless adventure that keeps you hanging on until the very last second

I'm happy to report that Dreamgirls, the much anticipated London premiere of Henry Krieger & Tom Eyen's 1981 musical does not just follow that trend but ups the ante to stratospheric heights. It is a masterclass in the biographical musical, a glittering

Sound good to you? Share this page on social media and let your friends know about Dreamgirls at Savoy Theatre.