Sorry, it looks like Sunday In The Park With George is no longer happening on these dates 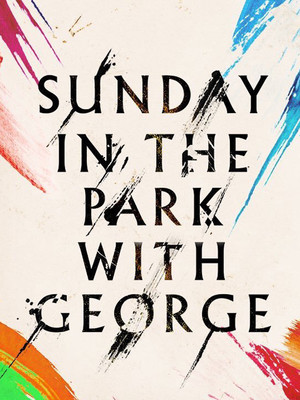 Marvelous... Mr. Gyllenhaal translates the intensity that has characterized his most memorable screen appearances into a searing theatrical presence, in which his eyes are his center of gravity.

Why See Sunday In The Park With George?

A West End Run For The Sondheim and Lapine Tony Winner!

Hold onto your hats, Jake Gyllenhaal and Annaleigh Ashford are heading to the Savoy Theatre with the acclaimed Stephen Sondheim and James Lapine classic, Sunday In The Park With George! The duo reprise their scintillating turns as Georges Seurat and Dot for a limited 16-week West End run in June 2020 with Sarna Lapine returning to direct.

With a book by James Lapine and music and lyrics by the undisputed king of Broadway Stephen Sondheim, Sunday In The Park With George is a fascinating exploration of artistic inspiration set to some of Sondheim's most playful musical numbers, including "Colour and Light" and "Finishing the Hat".

WHAT IS SUNDAY IN THE PARK WITH GEORGE ABOUT?

One of Sondheim's lesser-known gems, this show centres on the painter Georges Seurat as he creates his most famous painting, A Sunday Afternoon on the Island of La Grande Jatte. Art and reality merge as the show delves into Seurat's obsessive imagination, while also offering up glimpses into the lives of the people he immortalised on his canvas.

Can every day be Sunday in the park with Jake - I mean George?

This is a review of Sunday In The Park With George when it ran on Broadway at the Hudson Theatre.

Seen Sunday In The Park With George? Loved it? Hated it?

Sound good to you? Share this page on social media and let your friends know about Sunday In The Park With George at Savoy Theatre.