Sorry! You missed As You Like it at Shakespeares Globe Theatre 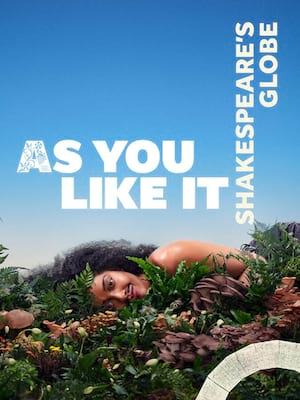 If you go down to the woods today

The Forest of Arden does a roaring trade in confused lovers, exiled aristos and melancholy fools in Shakespeare's witty musical comedy returning to the Globe for the 2019 Summer Season, following a successful run in 2018. Eminently the most quotable ('all the worlds a stage...') and most accessible of our Will's works, this pastoral comedy of cross-dressing, courtly satire and song is always welcome, gently delighting audiences of all ages.

Surprising then that all this fun is thought to have been written in 1599, the same year that birthed tragedy of tragedies - Hamlet!

The play follows the heroine Rosalind, the daughter of a Duke exiled by his own brother. Allowed by her uncle to remain in court as the bosom pal of her cousin Celia, she falls for fellow courtier Orlando, whom himself has seen the wrong end of family rivalry. When Orlando quits the court, Rosalind comes up with a plan to find him and her father. Disguising herself as a boy called Ganymede and Celia as a poor lass called Alenia, they head into the Forest of Arden. As the fates would have it, Orlando is indeed living the forest life and as Ganymede, she begins to counsel him in the art of love.

However, there is one small hiccup (not including the fact Orlando doesn't know Ganymede is her); a shepherdess called Phoebe falls in love with Ganymede too, despite him showing no reciprocal interest whatsoever. To add to the confusion, Phoebe has her own admirer in another man. With the wires this crossed and Orlando's duplicitous brother also on his way into the woods, can true love out? Of course it will, this is Shakespeare, but we're in for a whole lot of enjoyment before we reach alls well that ends well.

Seen As You Like it? Loved it? Hated it?

Sound good to you? Share this page on social media and let your friends know about As You Like it at Shakespeares Globe Theatre.