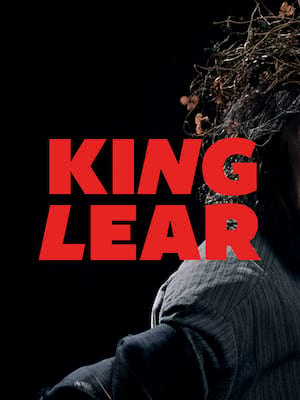 The oldest hath borne most: we that are young Shall never see so much, nor live so long

Shakespeare's infamous 'mad king' who tested his three daughters' devotion returns in this new production starring Kathyrn Hunter as the beleaguered monarch, opposite Artistic Director Michelle Terry as Cordelia and The Fool. A tragedy of epic proportions, Lear paints a portrait of a horrifying family dynamic, with wide-ranging consequences.

Infirm and considered mad, King Lear wishes to pass on his Kingdom to his three daughters and decides that each shall receive a portion based on their love for him. However, his youngest and favourite daughter, Cordelia, is upset by this barbaric method and remains silent. Outraged at her refusal to participate, King Lear immediately banishes her, leaving his other two daughters to inherit his fortune - an action that ultimately leads to his downfall.

Suitable for audiences of all ages

Sound good to you? Share this page on social media and let your friends know about King Lear at Shakespeares Globe Theatre.