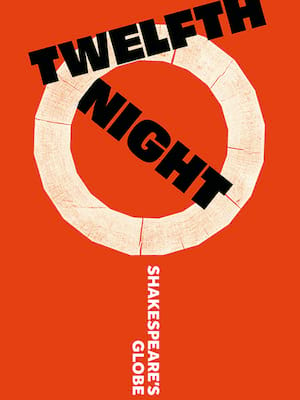 If this were played upon a stage now, I could condemn it as an improbable fiction.

Better a witty fool than a foolish wit

Experience the madness of love as never before in Twelfth Night, the immortal romantic comedy. From tropical shipwrecks to yellow stockings, Twelfth Night is one of The Bard's battiest and most memorable comedies and a season at the iconic venue is rarely complete without an outing. Presented by the Globe Ensemble and artistic director Sean Holmes, it's the perfect introduction to Shakespeare for newcomers, containing some of his classic devices, including cross-dressing, confused lovers, zany servants and merry song leading to a highly pleasing finale.

What you will, the story of Twelfth Night

This story of love and loss takes place on the island of Illyria, where our heroine Viola is desperate to find her twin brother Sebastian following a deadly shipwreck. Disguising herself as a man named Cesario, Viola enters the service of Duke Orsino. Orsino is in love with the disinterested Olivia, and his plan for "Cesario" to deliver his message of love to her backfires when Olivia falls instead for the messenger. Meanwhile, others, including the loutish Sir Toby Belch and his cast of hilarious acolytes, seek to exact their revenge on the stuffy servant Malvolio, by convincing him that he, in fact, is the object of Olivia's desire.

Loved this production. I knew very little about the plot but was soon engrossed... more

Don't be put off my the discarded tyres, wreck of a pick-up truck, tumbleweed... more

Sound good to you? Share this page on social media and let your friends know about Twelfth Night at Shakespeares Globe Theatre.