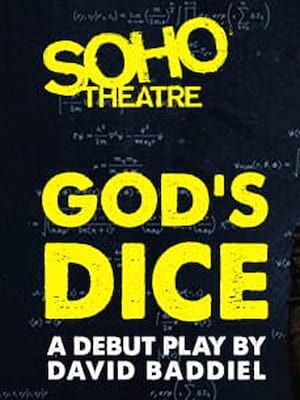 Alan Davies stars in this world premiere debut from David Baddiel. Billed as a tragicomedy, Baddiel has spun a tale that pits science against religion when physics student Edie appears to prove, definitively, the existence of him upstairs. As her lecturer Henry Brooks struggles to get his head around this development, the shattering discovery leads to down a path of fame, fortune, power struggles and more, as those mysterious ways of the big man are explored.

Sound good to you? Share this page on social media and let your friends know about God's Dice at Soho Theatre.