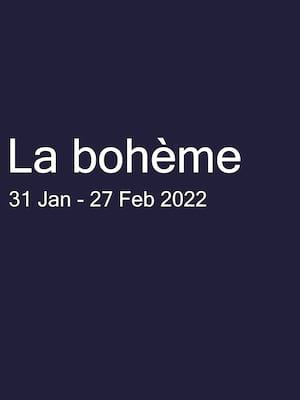 One of the best Bohemes to be heard in London

Jonathan Miller's powerful revival of Puccini's romantic tragedy has already been hailed by critics as a modern classic since premiering in 2009. The action takes place in the pre-WW2 era of 1930's bohemian Paris where the romance between a penniless poet and a seamstress gives Puccini full rein to unleash his most glorious music upon the audience.

Miller's staging is inspired by Brassai's evocative photographs of the Paris Left Bank in the 1930s, with the bohemian setting modernised the to reflect the stark poverty of the day - Miller even cited film "Withnail and I" as his inspiration for the stark sets.

WHAT IS LA BOHEME ABOUT?

An opera in four parts, La Boheme is a tragic love-story that follows two young couples as they traverse love's stormy seas. Rodolfo, a poet, shares a garret with his Bohemian friends: Marcello, a painter, Colline, a philosopher and Schaunard, a musician. They scrape along working odd jobs, jovially making fun of their poverty while they pursue their dreams.

By chance, Rodolfo meets and falls in love with the fragile Mimi. After some months, Rodolfo claims his lover's fickleness as reason for their relationship woes, yet when pushed, he breaks down and admits his concern over her health and his inability to take care of her financially. Be sure to pack tissues as there is nary a dry eye in the house at the denouement of this sorrowful tale.

Sung in English with titles projected above the stage

Two hours and 15 minutes including one 15-minute interval

Libretto by Giuseppe Giacosa and Luigi Illica after Henri Murger

Sound good to you? Share this page on social media and let your friends know about La Boheme at London Coliseum.