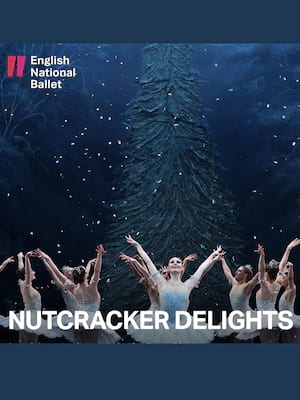 The Nutcracker rides again in this special performance from the ENB

A little bit of magic to end the year

The opulent auditorium of the London Coliseum is set to be illuminated once more as the English National Ballet brings the capital an extra special edition of the cherished festive feast. Over 75 magical minutes, join them for a glorious whirlwind adventure through The Nutcracker's most wonderful, crowd-pleasing moments.

While the restrictions of this year mean that the company is unable to honor their traditional full-length version of the show, this newly conceived spectacular is a wonderful opportunity to get into the Christmas spirit. Expect to experience some of the production's best bits as we join Clara and her Nutcracker Prince as they meet the Mouse King, the Sugar Plum Fairy and many more!

The history of The Nutcracker

First performed in 1892, at the Imperial Mariinksy Theatre in Saint Petersburgh, Tchaikovsky's masterpiece has since come to define the Christmas season in countries all over the world. Telling the tale of a young girl who receives an enchanted Nutcracker, it is a cornerstone of classical ballet, set to one of the most recognisable scores on the planet. Since 1950, the ENB's version has become an unmissable part of Christmas in the capital, entrancing audiences of all ages.

Only children aged 5+ are allowed in the auditorium.

75 minutes with no interval

Sound good to you? Share this page on social media and let your friends know about Nutcracker Delights at London Coliseum.