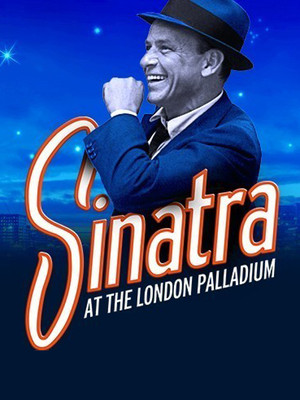 The stars come out to remember Sinatra in his centenary year!

Old Blue Eyes fans are in for a real treat in Spring 2015. In what would have been Sinatra's centenary year, this new production will pay an extraordinary tribute - Sinatra at the London Palladium - fittingly the venue where Sinatra made his British singing debut in 1950.

This is more than your average tribute show - this is set to be a star-studded affair with musicians and singers from the entertainment world joining a 24 piece orchestra and a 20 strong company of dancers in the heat of this high-tech celebration!

The show is billed as "a series of glittering star-packed concerts with a rotating bill of A-list international guest artists appearing alongside and duetting with 'Frank' himself." The schedule of performers is yet to be announced, but watch this space as we get more information!

Disappointed. Saw the show nine years ago and it was very, very good. The... more

Sound good to you? Share this page on social media and let your friends know about Sinatra 100 at London Palladium.