Sorry! You missed Amelie at The Other Palace 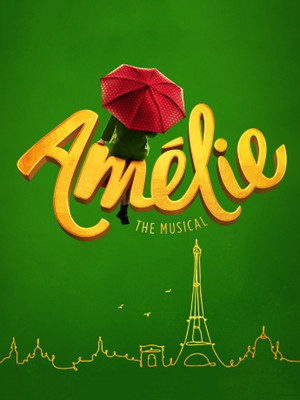 I really hope London audiences will be enchanted by our little Parisian Tale. Amelie is a show about making connections, the simple acts of kindness that pull people closer

This Christmas the Other Palace lay on a delectable treat in the form of this vibrant musical adaptation of the five-time Oscar-nominated 2001 indie film. Charming, witty and utterly unique, Amelie takes us on a fantastical ride into the imagination of an extraordinary young woman, making the most of her ordinary life as a Parisian waitress. A perfect escape from the world and its troubles, this is one glorious show that'll wake up the dreamer in all of us.

Directed by Micheal Fentiman and featuring folk-inspired music by Daniel Messe, lyrics by Nathan Tysen and a book by Craig Lucas, Amelie stars Audrey Bisson as the titular ingenue, reprising the role after a sell-out UK tour.

The fabulous destiny of Amelie Poulain

Amelie is the story of a young woman who has built a whole imaginary world around her to deal with her loneliness, being the only child of eccentric and over protective parents. When she leaves home to become a waitress, her fantasies are projected onto the streets of Paris as she sets about touching peoples lives with her sweet, but sometimes misguided schemes in an attempt to spread kindness. One day she discovers a mysterious photo album and the resulting adventure changes her life forever. Romantic and joyful with moments of hilarious mayhem this is a story of love, connections and staying true to yourself, no matter what.

Two hours and 15 minutes including an interval

Seen Amelie? Loved it? Hated it?

Sound good to you? Share this page on social media and let your friends know about Amelie at The Other Palace.