Sorry! You missed Nigel Slater's Toast at The Other Palace 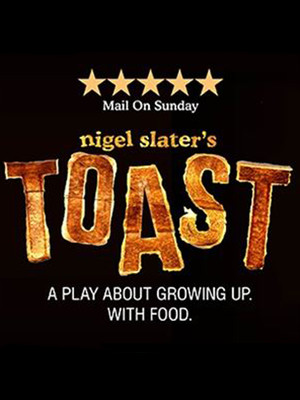 From River Cottage to The Other Palace!

From the kitchen to The Other Palace comes Toast, a tasty stage adaptation of Nigel Slater's award-winning autobiography! Hot off the back of a sell-out run at the Edinburgh Fringe, this heartwarming tale of love, loss and food makes its London debut for a limited run this Spring.

From growing up in Suburban England in the 1960s, to creating the perfect Sherry Trifle, to the rules of fine dining, Toast, which is adapted by Henry Filloux-Bennett, encapsulates the rise of one of Britain's favourite chefs! Upon release Slater's book won the Andr Simon Award, Glenfiddich Food Book of the Year Award, British Biography of the Year Award, the Observer's Food Monthly Book of the Year Award, and the WH Smith People's Choice Award.

Get to know Nigel Slater like never before in Toast!

Please Note: Images are from a previous production and may not reflect current cast.

Sound good to you? Share this page on social media and let your friends know about Nigel Slater's Toast at The Other Palace.