Sorry! You missed Parade at The Other Palace 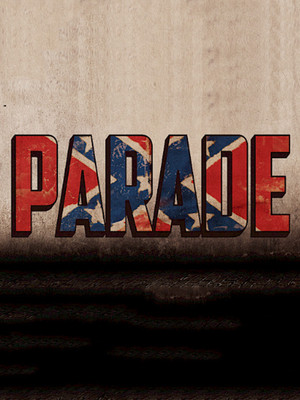 NYMT open their 2019 Other Palace residency with this rare gem!

It's hard to speak my heart

The National Youth Music Theatre kicks off their annual summer engagement at The Other Palace this year with a staging of Alfred Uhry and Jason Robert Brown's searing 1998 Tony winner. Based upon a true story of racial and political injustice, Parade is an exploration of hearsay and hysteria and how falling for either can shatter the lives of any of us at the drop of a hat.

Last seen in London in 2007 with Bertie Carvel and Laura Pulver, don't miss your strictly limited chance to catch this rare gem of a show, performed by some of the country's brightest rising stars of musical theatre!

The story of Parade

With themes as timely as ever, Parade is set in Marietta, Georgia in 1913 and concerns the trial of one Leo Frank, a Jewish factory owner accused of a horrific crime. In the face of rising Anti-Semitism and media sensationalism, Leo is forced to fight for his life as the townsfolk work themselves into a frenzy.

Seen Parade? Loved it? Hated it?

Sound good to you? Share this page on social media and let your friends know about Parade at The Other Palace.