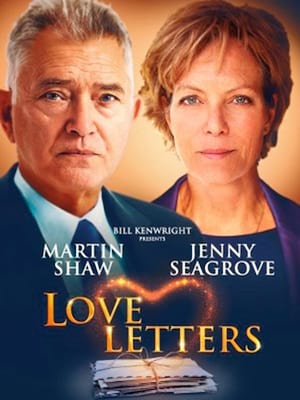 A Spy In The Stalls

Martin Shaw and Jenny Seagrove are set to star in this charming, critically acclaimed production of A.R. Gurney's Love Letters. Transferring from Windsor's Theatre Royal, where both Shaw and Seagrove received exceptional praise from both press and audiences alike, the production is directed by Roy Marsden, who might ring a bell as the detective Adam Dalgliesh in the 80's adaptation of PD James' novels - a role rebooted by Shaw in 2003!

Beginning life as an epistolary novel in 1988, Gurney's bittersweet two-hander soon went onto find Broadway success and attracted stars such as Elizabeth Taylor and Charlton Heston to the stage. A story spanning half a century, Love Letters is the account of a pair of childhood sweethearts, who via their heartfelt letters, speak of their divergent lives. With our lives being more separated than ever, this tale of connection is sure to feel extra poignant this year.

Sound good to you? Share this page on social media and let your friends know about Love Letters at Theatre Royal Haymarket.