Sadly the Trafalgar Studios 2 has now closed but don't fear all is not lost! Why not have a look at our amazing selection of upcoming Musicals, Dance, Concerts or even Stand-Up Comedy. 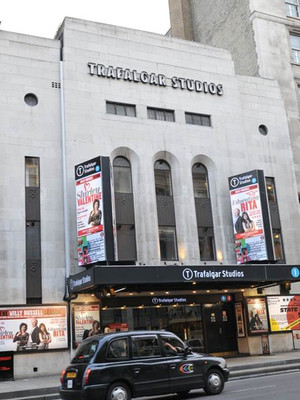 Formerly the Whitehall Theatre, Trafalgar Studios is a West End theatre in Whitehall, and is comprised of Studios 1 and 2. Studio 2 is the smaller of the two theatre spaces with a seating capacity of 100, and opened in October 2005. In December 1996, the building was Grade II listed by English Heritage. Since 2004, Trafalgar Studios has primarily hosted plays and musicals.