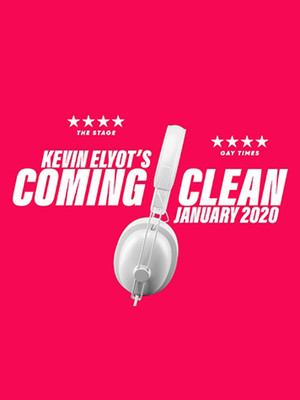 Kevin Elyot's groundbreaking production returns to the Trafalgar Studios by popular demand! A seminal West End hit Coming Clean looks into the nature of fidelity and the limits of love as one same-sex couple come to terms with the consequences of their seemingly modern relationship. From the writer behind the iconic My Night With Reg, Coming Clean is a sharp, witty and fresh production for the modern age, as we move away from the traditional ideas of monogamy in favour for choice, and new experiences.

What is Coming Clean about?

Set in a flat in North London in 1982, struggling writer Tony and his boyfriend Greg seem to have the whole relationship thing figured out, deeply in love and wholeheartedly committed to one another, with the odd one-night stand thrown in. However, Tony is wanting something deeper, something more like monogamy. But, when Greg reveals that he's been having a full-blown affair with their cleaner, Robert, Tony and Greg realise that maybe their ideas of a relationship more different than they thought...

Please note that this production contains full-frontal nudity and the use of real tobacco smoke.

Sound good to you? Share this page on social media and let your friends know about Coming Clean at Trafalgar Studios 2.