Sadly the Trafalgar Studios 1 has now closed but don't fear all is not lost! Why not have a look at our amazing selection of upcoming Musicals, Dance, Concerts or even Stand-Up Comedy. 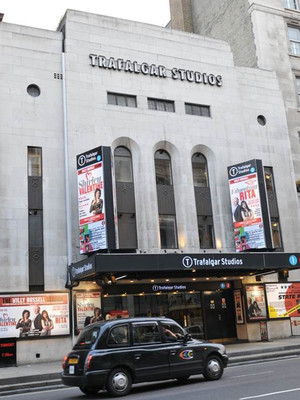 Formerly the Whitehall Theatre, Trafalgar Studios (1 and 2) is a West End theatre in Whitehall. The building was designed by architects Tim Foster and John Muirm and in 1996, was Grade II listed by English Heritage. With a seating capacity of 380, Studio 1 is the larger of the theatre spaces and was opened in June 2004. The theatre was used as a television and radio studio from 1997 to 1999, and since 2004 it is now primarily used to stage plays and musicals.