Sorry! You missed A Taste of Honey at Trafalgar Studios 1 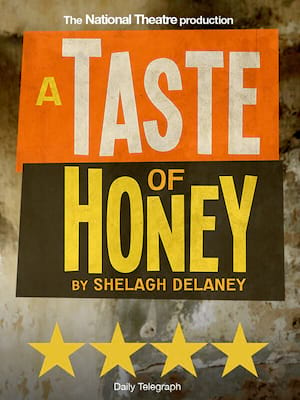 A Taste of Honey

more nimble and resonant than ever

Why See A Taste of Honey?

Following its critically acclaimed UK-wide tour, English playwright Shelagh Delaney's career-defining drama has returned to the West End for the first time in six decades. A rivetingly real depiction of Northern poverty in the 1950s, the play was revolutionary work that revitalised British theatre at the time thanks to its courageous examination of class, gender, race and sexual orientation in modern Britain.

The aboo-breaking play deals with the stigma of racism and single motherhood in post-war Salford. A middle-aged mother runs off with a used-car salesman, whilst her 16-year old daughter is abandoned by her black sailor lover, pregnant and alone. A kindly art student takes over the role of surrogate father but when he misguidedly sends for the errant mother, their cosy life unravels fast.

45 minutes with no interval

Flat, empty and less flavour than an overchewed piece of gum. The direction... more

Sound good to you? Share this page on social media and let your friends know about A Taste of Honey at Trafalgar Studios 1.