Sorry! You missed On Blueberry Hill at Trafalgar Studios 1 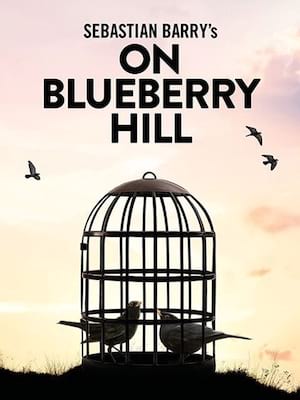 Why See On Blueberry Hill?

Following critically acclaimed runs in Dublin and New York, Sebastian Barry's smash hit drama On Blueberry Hill is set to enjoy a West End transfer at London's Trafalgar Studios this spring. Current Laureate of Irish Fiction, the rising Dublin-born literary icon has previously been awarded the Costa Book of The Year twice, as well as the James Tait Memorial Prize for his novels On Canaan's Side, The Secret Scripture and Days Without End.

Presented by Fishamble: The New Play Company, On Blueberry Hill explores themes of love, hatred, and redemption. It stars Olivier Award-winning actor Niall Buggy and leading West End veteran David Ganly as the best of friends and the worst of enemies, two men forced to share their lives for 20 years after becoming incarcerated. Bursting with humanity as it weaves together the acts of forgiveness, survival, and love, the nuanced two-hander will provoke thoughts long after the curtain has fallen.

Seen On Blueberry Hill? Loved it? Hated it?

Sound good to you? Share this page on social media and let your friends know about On Blueberry Hill at Trafalgar Studios 1.