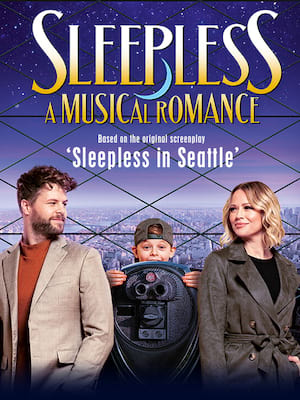 The iconic Eighties movie is reincarnated as a new musical!

London's West End gets a taste of both Seattle and the Big Apple when this new musical adaptation of Nora Ephron's iconic Eighties romance movie arrives next year. Following years of speculation, Sleepless will receive its world premiere at the Troubador Wembley Park Theatre in spring 2020, with Michael Xavier and Kimberly Walsh.

Widowed architect Sam lives a lonely existence with his young son Jonah on Lake Washington, who is desperate for his father to find love again. One late night, Jonah secretly calls a radio phone-in show to share his father's plight with any potential new mothers out there.

The response is huge, as Seattle's womenfolk all vie to find out who Sam is, and win his heart. Meanwhile in Boston, a young intrepid journalist Annie comes across the story and decides to head to Seattle herself - despite having a fiance herself! Will Sam and Annie ever meet, and will they actually fall in love?

Seen Sleepless? Loved it? Hated it?

Sound good to you? Share this page on social media and let your friends know about Sleepless at Troubadour Wembley.