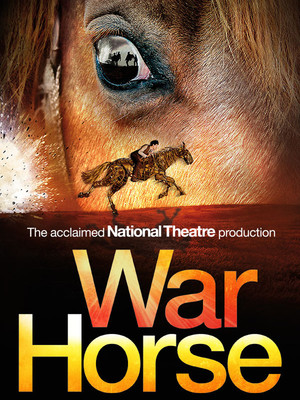 galloping back to london

The stunning international smash hit War Horse gallops back to the West End this autumn, becoming one of the first shows to grace the stage at the brand new Troubadour Wembley Park Theatre.

With its incredible life-sized, life-like horse puppets and moving plot, War Horse stole the show, quite literally, when it first opened back on the West End in 2009 - even warranting a royal visit by the Queen herself! Since then, War Horse has toured extensively, including places like China, the USA, and Belgium, bringing Michael Morpurgo's heartbreaking story to the far corners of the globe.

What is War Horse about?

World War One has just begun and young Albert's beloved horse Joey is sold to the cavalry and shipped to France. As Joey becomes caught up in enemy fire, fate takes him on an extraordinary journey, serving both British and German soldiers, experiencing peace on a French farm, before finding himself stranded in No Man's Land. Meanwhile, at home in England, Albert cannot forget Joey, and so illegally enlists in the army, embarking on a dangerous mission to France to bring him back home.

Images are taken from the original West End production.

Sound good to you? Share this page on social media and let your friends know about War Horse at Troubadour Wembley.