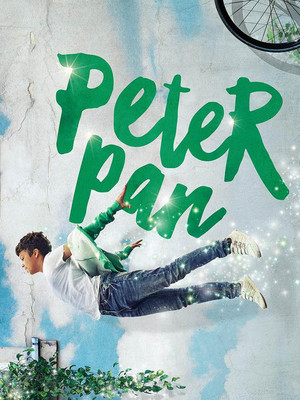 Spellbindingly imaginative. An edgy and dazzling production that lights up the theatre.

all children grow up. Except one.

Head to the second star on the left and straight on till morning as the highly acclaimed National Theatre production of Peter Pan swoops back into London this year, landing at the newly opened Troubadour White City.

Conceived by Sally Cookson and the rest of the company back in 2016, this enchanting re-imagining of J.M Barrie's timeless tale packs in plenty of fun and mischief, exciting stagecraft and, of course, magic as it refreshes the story of the Boy Who Never Grew Up.


What is it about?

Three children in a wealthy family feel neglected by their stern mother, and are comforted by their patient and caring father. Wendy is approaching 12 and yearns for more adventure in her life before she leaves the nursery and begins formal training as a young woman. One night, a mysterious stranger enters the nursery; a boy of Wendy's age, who can fly. After she helps him retrieve his lost shadow, he invites her and her younger brothers John and Michael for an adventure of a lifetime.

With adventures dark, compelling and sweetly witty, Wendy must decide whether or not to remain in Neverland with Peter and his Lost Boys as their chief storyteller and "mother", or return home to their grief-stricken family, who believe that they have lost them forever. But will Peter let her and the Lost Boys return without a fight? And is Captain Hook really the true villain in this story?

Sound good to you? Share this page on social media and let your friends know about Peter Pan at Troubadour White City.