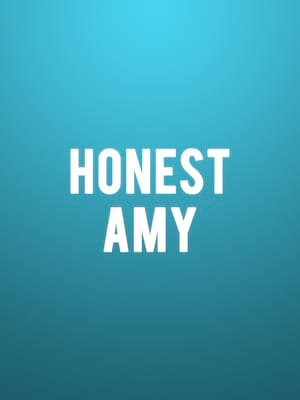 Booth-Steel's challenges include panic attacks, body-image issues and bad luck in love, each of which is raised, addressed, then dispatched in a ukulele ditty. They're pert and (as with her online dating number) briskly funny: she's entertaining company

Fresh from wowing audiences at the 2019 Edinburgh Fringe Festival, writer/actor Amy Booth-Steek's whirlwind one-woman show Honest Amy enjoys a London run at the Battersea Power Station's Turbine Theatre this spring. Directed by stage and screen veteran Kathy Burke, the winning production chronicles Amy's trials and tribulations in the wake of a shocking cancer diagnosis, and her process of healing through music and humour.

A jobbing actor who'd previously appeared on Coronation Street, things ground to a complete halt when Amy was diagnosed with stage three cancer and told she would be dead by Christmas. Alongside her failing physical health, her mental health also began to destabilize, and after a break down in Tesco, she began to write songs about her experiences after her mum put a ukulele in her hands. Deeply moving and terribly funny, the show is billed as a common story about common people, and what happens when life has other plans for you.

Sound good to you? Share this page on social media and let your friends know about Honest Amy at Turbine Theatre.