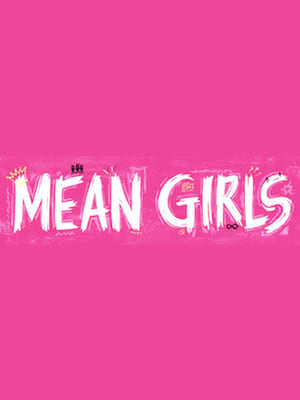 Dates and venue to be announced

Official dates and venue for this production are still to be announced. We'll update this webpage as soon as we know what they are.

Totally Grool - The plastics are coming!

Get in losers, we're going to London! Tina Fey's musical adaptation of her 2004 movie Mean Girls brings the Burn Book the West End in spring 2021! Featuring a book again by Fey, music from Jeff Richmond, lyrics from Legally Blonde's Nell Benjamin and direction from Book of Mormon's Casey Nicolaw the production garnered 12 Tony Award nominations when it opened on Broadway in 2018. So join wide-eyed Cady Heron once again as she heads from the wilds of Africa to the wilds of high-school... This time with songs!

It's hard to believe it's been over 16 years since Tina Fey's smart, funny and emotionally engaging movie came out and introduced us to Cady's high-school food chain, ruled at the top by a trio called 'The Plastics', a group of menacing popular girls with social scare tactics more terrifying than pride of lions. In light of the years that have passed (there probably wasn't even like, computers back then), Fey has brought the musical into the present day, where the Plastics have added Snapchat, What'sApp and Instagram to their legion of weapons!

She Doesn't even Go Here - The Story of Mean Girls

Cady Heron is a bright home-schooled student who has spent most of her life in Africa with her parents. Now back in the US, she's sent to the local high school to learn to play with others. Turns out, it might be her biggest challenge yet. Coupled with learning what normal school is like, she must navigate the twisting social whirl that surrounds her. When she finds herself the target of the infamous Plastics, led by wolf in sheep's clothing Regina George, Cady decides with her new friends Janis and Damien that it's time to put a stop to their dictatorship. As Cady's plan sees her growing ever more popular and catching the eye of a certain boy, her revenge seems less and less important. Can Cady rediscover herself and bring down the Plastics, or will she be seduced by their world and lost to the Mathletes forever? It might be a classic high-school conundrum but we guarantee you won't mind seeing how this one plays out.

Mean Girls is heading back to the big screen as a brand new musical version (based on the original Broadway production) is in the works!

2 Hours and 30 Minutes, including one 15-minute interval

I LOVED every minute of this production!

Check out what our New York reviewer thought of Mean Girls when she saw it on Broadway!

Sound good to you? Share this page on social media and let your friends know about Mean Girls at Venue To Be Confirmed.