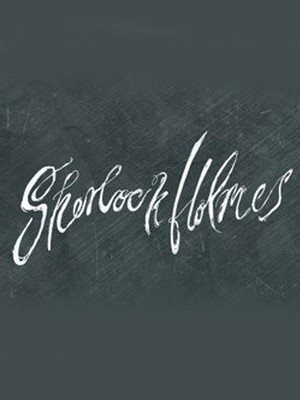 Our version of Sherlock Holmes will have all the elements that fans want and expect, but with new twists and turns and plenty of surprises.....

OFFICIAL DATES TO BE CONFIRMED

Watson! The Game is afoot! The world's most famous sleuth is about to get a brand-new stage play adaptation on Broadway in 2017, then headed back over to the West End, at a venue yet to be confirmed. Helmed by Tony Award-nominated Daniel Evans behind the 2016 West End transfer of Showboat, the play is written by Rachel Wagstaff and Duncan Abel, with stage design by Wolf Hall's Christopher Oram.

The phenomenon of the Great Detective has captured television and film audiences in recent years, with screen adaptations starring Jonny Lee Miller in Elementary, Benedict Cumberbatch in Sherlock, and of course, Robert Downey Jr in the eponymous films, all bringing something different to their portrayal. However, the first widespread portrayal of Holmes is courtesy of American actor William Giltette, who played him on Broadway in 1899!

Staying true to the cerebral and moody atmosphere of Conan Doyle's Victorian era novels, this new play based on his works takes form as a mystery within a mystery, where Holmes must confront demons from his early childhood. This is Holmes as you have never seen him before, with twists and turns promised by the innovative writing team. Check back for more details....

Sound good to you? Share this page on social media and let your friends know about Sherlock Holmes at Venue To Be Confirmed.