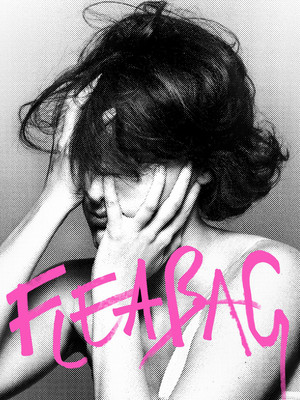 Starting out as a critically acclaimed one-woman show at the Edinburgh Fringe Festival, to a smash-hit BBC series, to a sell-out off-Broadway play, Phoebe Waller-Bridge's Fleabag is finally heading to the West End! This strictly limited West End run marks the final time that Waller-Bridge will perform the piece, don't miss your chance to witness it live!

A name that is now iconic across the globe, Phoebe Waller-Bridge is loved for her incisive, razor-sharp writing and intelligent comedy. Fleabag first made waves at the Edinburgh Fringe Festival in 2013, before becoming a BAFTA-nominated BBC sitcom. The monologue (performed by Waller-Bridge herself) sees its titular character embody an unusual mix of eloquence, sophistication and self-loathing whilst juggling a poorly conceived guinea pig-themed cafe, career decisions and social anxiety.

Fleabag's extreme candour about sex and filthy parlance regularly elicits gasps from the audience as she waxes lyrical about bodily functions and a dark family saga that makes the Kardashians seem well adjusted, making for a thought-provoking dramedy that heralds a bold new voice in stage and screen.

Did you know that Phoebe Waller-Bridge also wrote the BAFTA-winning Killing Eve? Is there anything that Phoebe can't do!

Written and created by Phoebe Waller-Bridge
Directed by Vicky Jones

Seen Fleabag? Loved it? Hated it?

Sound good to you? Share this page on social media and let your friends know about Fleabag at Wyndhams Theatre.