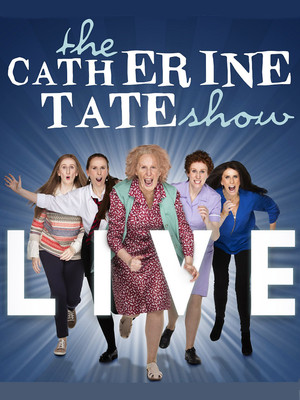 Hot off the back of a sold-out tour in Australia and New Zealand, award-winning comedian and actor, Catherine Tate, brings her famed TV show to the stage for limited run this winter! A perfect way to blow away those January blues, join Nan, Bernie, Geordie Georgie, Sam and Lauren in this exceptionally fun evening of world-class entertainment.

First airing in 2004 on the BBC, The Catherine Tate show has been embedded into the cannon of great televised comedy sketch shows. With it's snippy catch-phrases, and often questionable characters The Catherine Tate Show wangled its way into the publics hearts, garnering six BAFTA nominations, two British Comedy Awards and a National Television Award in the process! Tate's most beloved character, foul-mouth Nan even received her own spin off series in four Christmas specials.

Don't miss out on this laugh-a-minute experience of a lifetime and book your tickets today!

Seen The Catherine Tate Show Live? Loved it? Hated it?

Sound good to you? Share this page on social media and let your friends know about The Catherine Tate Show Live at Wyndhams Theatre.