Sorry! You missed The Life I Lead at Wyndhams Theatre 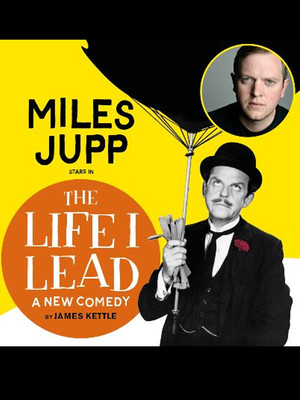 The Life I Lead

Why See The Life I Lead?

Perhaps best known for portraying the quintessential stiff-upper-lipped yet loveable English gentleman in motion picture classics like Mary Poppins and Bedknobs and Broomsticks, legendary actor David Tomlinson lived just as an extraordinary life away from the cameras as he did in front of them. Exploring the cinematic but very real action, adventure, triumphs and tragedy that made up Tomlinson's life story, celebrated British stand up comedian and actor Miles Jupp stars in the riveting one man show The Life I Lead at Wyndham's Theatre this September.

Following a critically acclaimed UK tour debut, the production plays a strictly limited run of eight performances on the West End thanks to a creative team including playwright James Kettle and co-directors Selina Cadell and Didi Hopkins. It brings to vivid life Tomlinson's time as a WWII fighter pilot, his post-war career in film (which saw him play the career-defining role of the Banks family patriarch), his heart-rending first marriage and complicated relationship with his father, making for a fascinating rendition of one man's little known yet remarkable story.

Seen The Life I Lead? Loved it? Hated it?

Sound good to you? Share this page on social media and let your friends know about The Life I Lead at Wyndhams Theatre.