Sorry! You missed The Man In The White Suit at Wyndhams Theatre 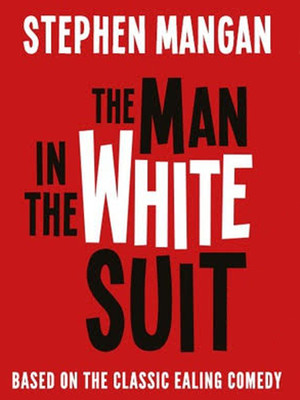 The Man In The White Suit

Why See The Man In The White Suit?

Stephen Mangan reunites with director Sean Foley for this world premiere stage adaptation of the classic Ealing sci-fi comedy. Alongside Kara Tointon, Mangan stars as Sidney Stratton, mill worker and inventor of an everlasting fabric that never gets dirty or worn out. Whilst at first Sidney's creation is lauded, it soon dawns on his bosses and the unions that this miraculous discovery will doom their business. Now a wanted man, it's up to Sidney and his sympathetic employer's daughter Daphne to escape the angry mob - or else!

A fast-paced comedy from the creator of the Olivier winning Jeeves and Wooster, The Man in The White suit is sure to be a winning evening out for fans of the screwball genre.

Seen The Man In The White Suit? Loved it? Hated it?

Sound good to you? Share this page on social media and let your friends know about The Man In The White Suit at Wyndhams Theatre.