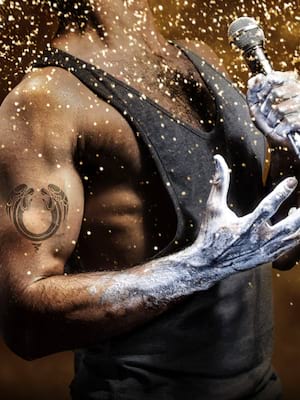 Winner of the Olivier Award for Best Musical Revival

Jesus Christ Superstar makes a welcome return to London, moving to the Barbican after two sell-out runs at Regent's Park Open Air Theatre in recent years. Andrew Lloyd Webber and Tim Rice's controversial rock opera about the last days of the messiah presents the passions of the Christ in typically bombastic style, from power ballads to heavy rocking anthems that accompany him, as he contends with the betrayal of Judas and evaluates his relationships with his apostles and the world around him as he faces the last great ordeal of his life.

Originally starting life in 1970 as a concept album, the show was ALW's first to debut on Broadway ahead of London in 1971. Featuring the well-known hits "Superstar" and "I Don't Know How to Love Him," Superstar is a tremendously powerful musical that retains a large fan base the world over.

To conquer death, you only have to die: The story of JeSus Christ superstar

Beginning with the arrival of Jesus and his followers in Jerusalem, the story takes a new look at the struggles faced by both himself, and the infamous Judas Iscariot, using political themes and issues not explored in the Bible. Judas is seen here as more of a tragic antihero dissatisfied with how Jesus is leading and spreading the Word of God, rather than the cruel traitor we are used to seeing. Combining contemporary attitudes and modern slang, the song lyrics offer ironic allusions to modern life as we know it, in a new interpretation of the events of that fateful week.

One hour and 55 minutes

Sound good to you? Share this page on social media and let your friends know about Jesus Christ Superstar at Barbican Theatre.