Sorry! You missed King Lear at Duke of Yorks Theatre 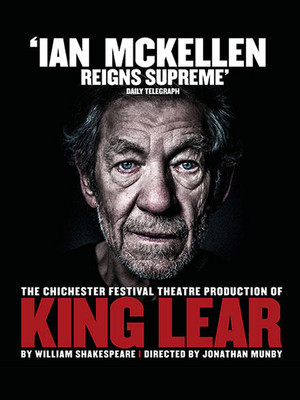 McKellen is spellbinding from the very start

Prepare yourself for a very special production of Shakespeare's King Lear, starring the one and only Sir Ian McKellen, reprising his role from the show's 2017 Chichester Festival run. Scheduled for 16 weeks only, it's fair to say this one is going to have the West End in a tizz.

The six time Olivier and one time Tony winner will be directed by Jonathan Munby and joined by Sinead Cusack as advisor Kent, with further cast to be announced in due course.

Recognisable from the world of film and television in addition to his extensive stage career, McKellen is one of Britain's most beloved and respected actors. A chance to see him do what he does best is one you won't forget in a hurry!

Hubris, politics and madness take a heavy toll on the once-loved king of Britain, when he decides to play off his daughters against each other for his favor, and furthermore, the crown. In no other play is Shakespeare's tragic vision more terrifyingly clear; and nowhere in his canon does he dramatise more powerfully or humanely that only kindness and love are potent enough to counter man's darkest impulses.

A frightening look at the corrupting influence of power, King Lear is the Bard's gripping exploration of fathers and daughters, with perhaps more than a few parallels to the real-life troubles that befell King Henry VIII after his bloody quest for a male heir ended in failure.

Images taken from the Chichester production

Sound good to you? Share this page on social media and let your friends know about King Lear at Duke of Yorks Theatre.