Sorry! You missed Rosmersholm at Duke of Yorks Theatre 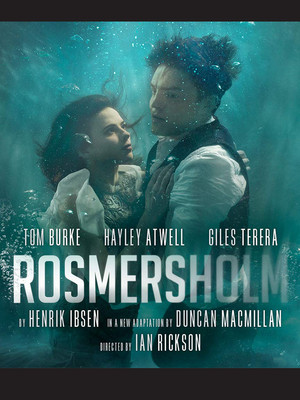 Ibsen's thrilling masterpiece finally premieres on the West End this spring in this new adaptation from Duncan MacMillan, starring Tom Burke (Comoran Strike) and Hayley Atwell (Brideshead Revisited, Agent Carter). Haunting and highly relevant, what begins as a tale of political and social change soon delves far deeper, taking us into the house at the centre of it all; Rosmersholm, and its conflicted master, John Rosmer.

Whilst Rosmer seeks to buck tradition and support the revolutionary new order, he is paralysed by the ghosts of his own past and the appearance of the perplexing Rebecca West. As he strives to stick to his ideals, it seems that Rebecca, a friend of his late wife, will do anything to upend life as he knows it.

From clever meditations on the eternal issues of governance to a haunting gothic horror, Rosmersholm is a memorable production from director Ian Rickson, acted well by Tom Burke and Hayley Atwell

Political and personal ambition collide in this intriguing melodrama by Henrik Ibsen, as adapted by Duncan MacMillan, finally making its West End Debut after some 133 years after its original outing. At the centre of it all is John Rosmer (Tom Burke) ...

Seen Rosmersholm? Loved it? Hated it?

Sound good to you? Share this page on social media and let your friends know about Rosmersholm at Duke of Yorks Theatre.