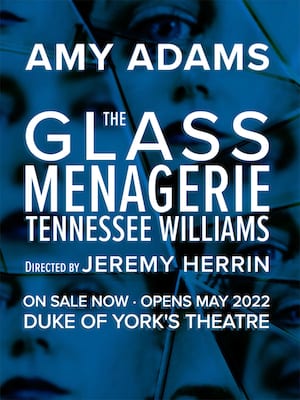 I am so honoured and excited to be a part of bringing The Glass Menagerie to the stage in the West End!

Why See The Glass Menagerie?

The glorious Amy Adams becomes the latest Hollywood star to make their West End debut as she crosses the pond to take the lead in this Tennessee Williams classic. Directed by Jeremy Herrin (Wolf Hall Trilogy) and the first show for his new company, Second Half Productions, the multiple Oscar-nominee will play doomed matriarch Amanda Wingfield, opposite Paul Hilton (The Inheritance), Tom Glynn-Carney (The Ferryman), Lizzie Annis, and Victor Alli.

As Williams himself is considered one of the greats of American drama so too is The Glass Menagerie, regarded by many as his greatest work. Considered semi-autobiographical, it tells the story of faded Southern Belle Amanda Wingfield and her grown-up children, crystallizing one bygone era, whilst yearning for another through the lens of a fragile, traumatized family.

Seen The Glass Menagerie? Loved it? Hated it?

Sound good to you? Share this page on social media and let your friends know about The Glass Menagerie at Duke of Yorks Theatre.