Sorry! You missed The Son at Duke of Yorks Theatre 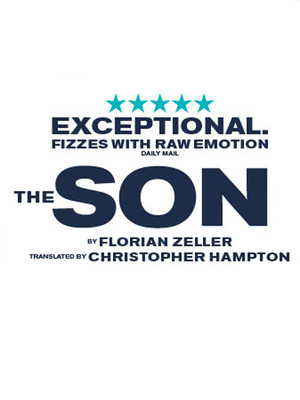 Why See The Son?

After a critically acclaimed run at the Kiln Theatre in North London in February, the Michael Longhurst directed production of The Son is heading to the West End. Amanda Abbington, Laurie Kynaston, and John Light return to reprise their roles in Zeller's third installment of the trilogy that also includes The Father and The Mother.

As his family breaks down around him Nicolas can't cope. Beginning to skip school, lying to his family and hiding strange objects under his bed Nicholas is teetering too close to the edge, can his family rally together to bring their son back from the brink?

Images are taken from the orignal production at the Kiln Theatre.

Florian Zeller's third in his domestic trilogy, The Son transfers into the West End following an acclaimed run at the Kiln Theatre.

Seen The Son? Loved it? Hated it?

Sound good to you? Share this page on social media and let your friends know about The Son at Duke of Yorks Theatre.