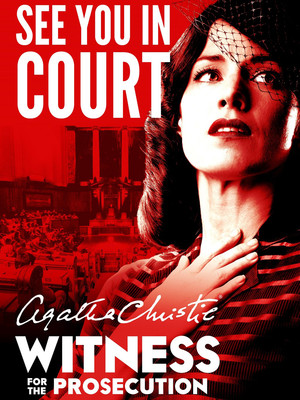 Witness for the Prosecution

Over a year into its, it's better than ever

Why See Witness for the Prosecution?

you have been summoned for jury service

Head into the surrounds of the Grand Chamber of London County Hall for this innovative staging of Agatha Christie's dazzling play that casts you as the jury in the case of the Crown versus Leonard Vole. Directed by Lucy Bailey with design by William Dudley, follow the evidence as Vole attempts to prove his innocence and avoid a date with the hangman. Delighting audiences since 2017, 'Witness has become a theatrical mainstay. Whilst it might not yet have much on London's other Agatha Christie long runner, The Mousetrap, we're sure court will stay in session for many more years to come!

Christie's personal favourite of her plays, Witness for the Prosecution dates back to a short story first published in 1925 before being adapted for the stage in 1953. With a gripping storyline full of twists and turns, it's a classic thriller that'll have you on the edge of your seat until its explosive ending.

Sound good to you? Share this page on social media and let your friends know about Witness for the Prosecution at London County Hall.