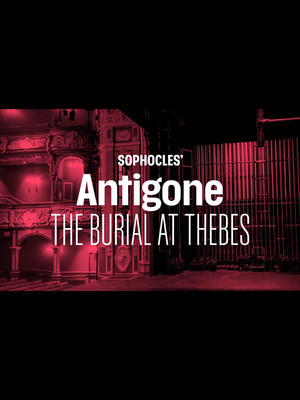 Antigone: The Burial at Thebes

Sophocles' play is one of the most enduring texts in the history of western literary, philosophical and political consciousness

Why See Antigone: The Burial at Thebes?

Celebrated Irish theatre maker Rachel O' Riordan celebrates her inaugural season as the new artistic director of the Lyric Hammersmith with a groundbreaking series of thought-provoking and highly entertaining productions. Things take a turn for the epic during emerging young British theatre director Roy Alexander Weise's adaptation of Antigone: the Burial at Thebes, which features a chorus of youth performers from the Lyric Ensemble.

The sweeping production takes poet laureate Seamus Heaney's translation of Sophocles' classic Greek Tragedy and transforms it into immediate, heart-pounding drama. Set during the aftermath of a civil war in which the two sons of Oedipus, Eostecles and Polyneices have fought died on opposing sides, protagonist Antigone takes matters into her own hands and buries her ostracised brother Polyneices, directly contradicting King Creon's decree and sealing her own fate.

Seen Antigone: The Burial at Thebes? Loved it? Hated it?

Sound good to you? Share this page on social media and let your friends know about Antigone: The Burial at Thebes at Lyric Hammersmith.