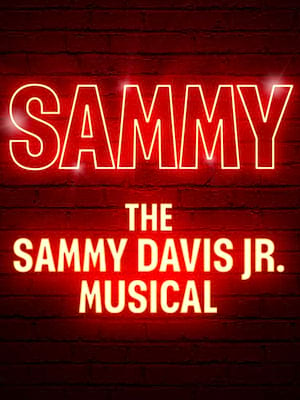 The life and times of Mr Show Business!

Celebrate the life and times with this brand new musical about Mr Show Business himself, Sammy Davis Jr.! Written by Leslie Bricusse, the Oscar and Grammy-winning songwriter behind some of Davis Jr.'s biggest hits including, 'The Candy Man' and 'What Kind of Fool am I?', the show stars Hamilton's Olivier winning stand out Giles Terera and features direction from Clarke Peters (Five Guys Named Moe) and promises to take us from Sammy's days as a child working in vaudeville through to his time with Dean and Frank as a member of the rowdy Rat Pack.

A gifted singer, actor, and dancer, Sammy David Jr. began his career aged just three years old (!) when he joined his father on the vaudeville circuit in the late 1920s. Following military service, he returned to the 'biz in 1945, where he began his career as a recording artist, and in 1951 he became an overnight sensation after a performance and an Oscars afterparty. From then on, Sammy went on to become a huge success, with stints on Broadway, movies and television shows coming his way. His genius, wit, and myriad talents cemented his status, and even now, some 30 years after his death, he is still regularly cited as one of the greatest entertainers of all time.

Sound good to you? Share this page on social media and let your friends know about Sammy at Lyric Hammersmith.