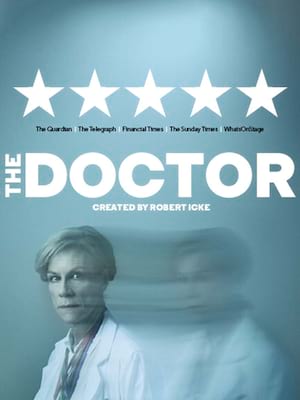 Why See The Doctor?

On an ordinary day, at a private hospital, a young woman fights for her life. A priest arrives to save her soul. Her doctor refuses him entry. In a divisive time, in a divided nation, a society takes sides.

Ending his tenure as the Almedia's Associate Director, Robert Icke has once again created gold through his own brand of theatrical alchemy in this blazing play starring Juliet Stevenson. Adapted (freely) from Arthur Schnitzler's controversial 1912 work, Professor Bernhardi, Icke's brilliant modernization becomes a slick medical drama, propelled by a cataclysmic meeting of science and religion.

The third collaboration between Icke and Stevenson following 2017's Hamlet and 2016's Mary Stuart, The Doctor received glowing five-star reviews across the board for its Almedia debut, with Stevenson's performance being hailed as "one of the peak performances of the theatrical year" by The Guardian.

Seen The Doctor? Loved it? Hated it?

Sound good to you? Share this page on social media and let your friends know about The Doctor at Richmond Theatre.