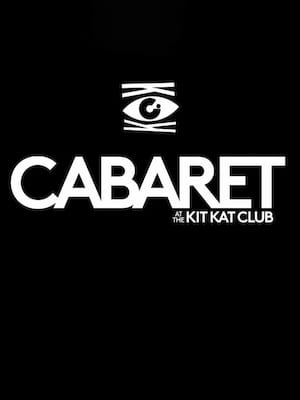 I'm in awe of my incredible creative team who have come together to create a bold new production as well as a new Kit Kat Club', a bespoke home where we can truly embrace and unlock the world of Cabaret for a new audience

Eddie Redmayne is your Emcee

Don't tell Mama... A bold and daring new Cabaret is set to make its home in London! This exciting new production will immerse audiences in Berlin's seedier side thanks to a venue built especially for the show. Join Eddie Redmayne as The Emcee and Jessie Buckley as Sally Bowles for night out at the infamous Kit Kat Club. This is definitely one of the highlights of the season, as theatres across the West End reopen!

Though details on the venue and further casting are still to be announced, we know that performances will kick off from November 2021. Making this production the perfect way to gather with friends over the upcoming Holiday season.

Given that London is home to several word-class cabaret venues and acts, we can't wait to see what director Rebecca Frecknall has in store for us! Furthermore, the production will see theatre titan Ambassador Theatre Group Productions work alongside champion of fringe and festival theatre, Underbelly. So it's almost certain that the stellar cast, bespoke venue and iconic songs will be just one part of what makes this exciting new production a West End hit.

What is Cabaret about?

A doomed romance in a city that dances on the edge of oblivion, Cabaret is one of the true classics of musical theatre, weaving together strands of debauchery and terror to capture a moment in time, that despite the warning, is ever in danger of being repeated. Featuring Kander and Ebb's unforgettable music, Cabaret is the story of an American writer and an entrancing showgirl who find themselves in Weimar era Berlin, as the shadow of fascism grows in the country. From inside the decadence of the Kit Kat club, they and their fellow artists, creatives, freaks and weirdos attempt to eek every last bit of freedom before the Nazis take over.

Eddie Redmayne as The Emcee
Jessie Buckley as Sally Bowles

Seen Cabaret? Loved it? Hated it?

Sound good to you? Share this page on social media and let your friends know about Cabaret at Venue To Be Confirmed.