Sorry! You missed Death Of A Salesman at Young Vic 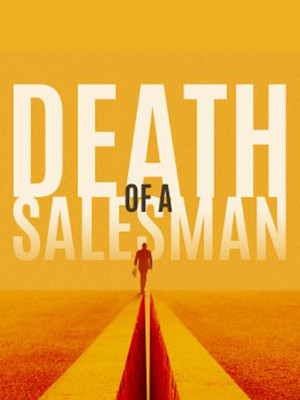 Why See Death Of A Salesman?

The magic of Marianne Eliott heads to the Young Vic this May as she directs Arthur Miller's classic work, Death Of A Salesman. With a star-studded cast to boot, this revival is sure to be one of the most talked about events in 2019. A play that explores the binding grip of the 'American Dream', Death Of a Salesman won the Pulitzer Prize and the Tony for Best Play in 1949 and solidified Arthur Miller as one of the greatest playwrights of the 20th century.

Star of Suits, The Wire and Selma, Wendell Pierce makes his UK stage debut as Willy Loman and is joined by a whole host of British talent including Oliver award-winner Sharon D. Clarke as Linda Loman and Arinze Kene (Misty) as Biff Loman. With the award-winning talent of Marianne Elliott (Company, The Curious Incident Of The Dog In The Night-Time, Angels In America) now at the helm of this latest rendition, Death Of A Salesmen will be transported to new and breath-taking heights.

What is Death Of A Salesman about?

On his return from a business trip, Willy Loman becomes enraged to see his two sons Biff and Happy staying at the family home. In a series of flashbacks, we learn more about the Loman's and their intricate and sometimes secretive family life. From affairs to jealousy we chart the highs and lows of one family on the edge of destruction and their quest for fulfilment.

Seen Death Of A Salesman? Loved it? Hated it?

Sound good to you? Share this page on social media and let your friends know about Death Of A Salesman at Young Vic.