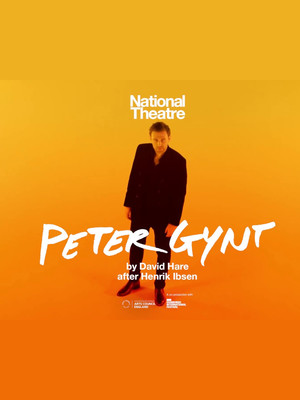 We look forward to seeing what McArdle will do with a part brimming with comedic potential.

Man and myth collide in The National's stunning new production of the Ibsen classic Peer Gynt. Last seen on the NT stage during the celebrated company's 2017 production of Angels In America, Glaswegian film and theatre star James McArdle revels in the rebelliousness of the titular role, working alongside English theatre legends David Hare and Jonathan Kent once more, having worked together on the critically acclaimed Young Chekov at both the Chichester Festival Theatre and the National.

A provocative, radical and raucous reboot of a classic, Peter Gynt follows the famous anti-hero through many chapters of his life, transporting him from late 1800s Norway to 21st century Scotland. Believing himself to be a man apart, Gynt sets off on a whirlwind journey when he steals the bride from a local wedding, travelling to Florida, Egypt and beyond (a mountain ruled over by trolls) in search of himself.

Sound good to you? Share this page on social media and let your friends know about Peter Gynt at National Theatre, Olivier.