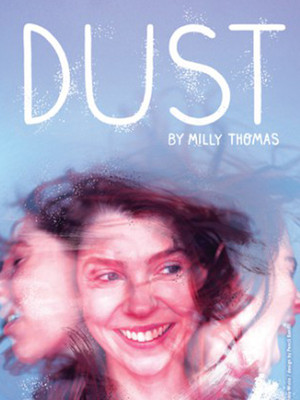 It isn't often that the trifecta of the writing, directing and acting of a play harmonise perfectly into a deeply satisfying whole, but when that happens - as it does in Milly Thomas's award winning one-person play Dust - it makes for a very thrilling 80

I've been dead for three days

Stuck between life and death after a suicide attempt, Alice awakes as a ghost in a morgue. As she watches her family and friends attempt to come to terms with her actions, she learns that her irreversible decision carries a penalty she could never have imagined. A searing and darkly comic exploration of mental health, Dust is a distinctly human work that resonates long after you leave your seat.

A sell-out at Edinburgh Fringe 2017 and at its Soho Theatre engagement, Dust, written and performed by Milly Thomas with direction from Sara Joyce, now comes to the Trafalgar Studios for a limited run this autumn. Both bold and timely, this stunning play is likely to be one of 2018's highlights, with Thomas being one to watch over the coming years.

Deals with suicide and adult themes

One hour and 15 minutes

Seen Dust? Loved it? Hated it?

Sound good to you? Share this page on social media and let your friends know about Dust at Trafalgar Studios 2.