Broadway to the Rescue! Desi Oakley Flies To London To Star In Waitress 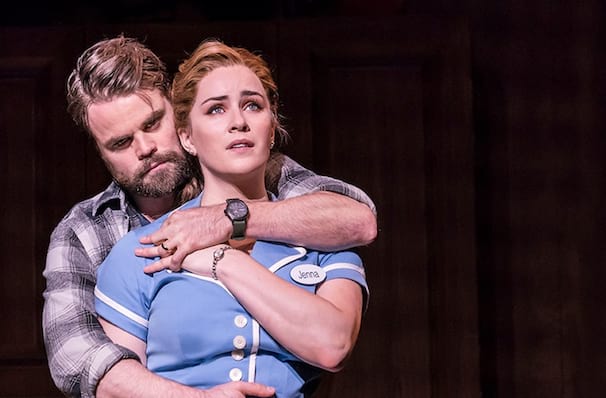 The American actress stars as Jenna due to cast illness.

Broadway actress Desi Oakley has been flown to London this weekend to take up the reigns as Jenna in the London production of Waitress. The announcement comes as Lucie Jones who plays the role full time, Olivia Moore and Sarah O'Connor (who understudy the role) were all taken ill on Saturday.

Due to their illnesses, the production's Saturday matinee was cancelled with the evening performance taking on a more concert-style approach with the remaining cast members showcasing a range of songs from the musical.

Oakley originated the role of Jenna in the production's national tour of the USA and was last seen on Broadway in Chicago. This will mark the actress' West End debut and she is scheduled to perform in the role for the whole week as Jones, Moore and O'Connor recover.

Oakley will join the remaining cast, made up of, Marisha Wallace as Becky, Hannah Tointon as Dawn, Tamlyn Hendersen as Earl, David Hunter as Dr. Pomatter, Joel Montague as Ogie and Andrew Boyer as Old Joe.

What is Waitress about?

Suffocated by both the small Southern town where she lives, and her controlling husband Earl, Jenna longs for escape. Her only solace comes from working in the local diner, where she can practice her passion for baking. Jenna's crumbly pastries and crinkly crusts are renowned the town over, and by a stroke of luck, they might just offer her an escape route! A pie-baking contest is announced in a nearby town, with a potentially life-changing cash prize for first place. Jenna realises this may be a once in a lifetime opportunity and is determined to grab it with both hands!

Waitress is currently playing at the Adelphi Theatre through to 4 July.

Broadway's sweetest treat has arrived, bringing its delicious confection of peppy songs, romance, and dramedy to the Adelphi Theatre! Adapted by Jessie Nelson from the beloved 2007 indie film by Adrienne...more info