It's the yummiest day of the year!

Whether from the book, or the film, Bruce Bogtrotter's famous gobbling of Miss Trunchball's Chocolate Fudge Cake has been stuck in our minds ever since! And who knew that there was a WHOLE DAY (27th of January) celebrating our favourite baked good - Chocolate Cake!

The magic of Matilda has been captured in a couple of different formats including the seven-time Olivier Award-winning musical, that's still playing at the Cambridge Theatre, and the famous 1996 film which starred Mara Wilson in the titular role.

What did the critics think of Matilda The Musical?

"AN EVENING OF UNADULTERATED BLISS."

"MATILDA IS A SPOONFUL OF VERY MARVELLOUS MEDICINE INDEED"

What is Matilda about?

Matilda, the central character, is a little girl with astonishing wit, intelligence for her young age - and not to mention, psychokinetic powers.

She's despised by her own hideously selfish parents but finds a kindred spirit in her shy schoolteacher Miss Honey. Miss Honey also has demons to face - in the form of the outrageously callous headmistress Miss Trunchbull.

Over the course of her first term at school, both teacher and pupil have a profound effect on each other's lives, as they both try to foil the dastardly plans of Trunchbull and Matilda's parents. 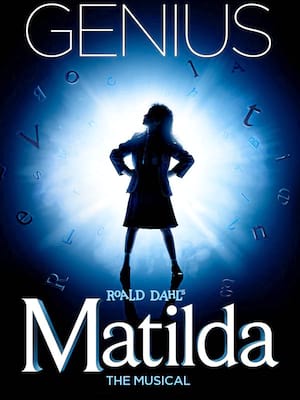 Easily the standout musical of the decade!