Additional Casting Announced for To Kill A Mockingbird!

Following his Broadway debut in Harold Pinter's Betrayal, Rafe Spall was recently announced to lead the production of Harper Lee's To Kill a Mockingbird as Atticus Finch. No longer is he alone, as the shoes of others are filled on the list!

Joining Spall as part of the cast will be actor Gwyneth Keyworth as Scout Finch, you may think 'I recognise that name!', and you'd be right - she's best known for her roles on TV programmes including Misfits and The Great Outdoors. Jude Owusu will star as Tom Robinson, Harry Redding as Jem, Jim Norton as Judge Taylor, Pamela Nomvete as Calpurnia, Amanda Boxer as Mrs. Dubose, Harry Atwell as Boo Radley, Patrick O'Kane as Bob Ewell, Poppy Lee Friar as Mayella, Lloyd Hutchinson as Link, Simon Hepworth, Laura Howard and Tom Manion round off the cast.

The Gielgud Theatre will opens its doors on March 10, 2022 as previews start with the official opening night planned for March 31. 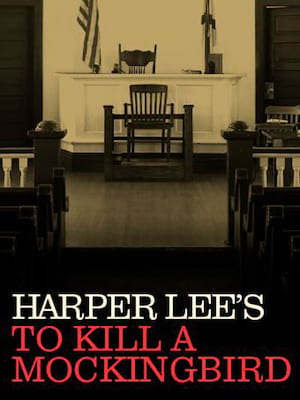 This is theatrical storytelling so assured and involving it's hard to imagine anyone not being mesmerized.