International Women's Day - Bow Down To These West End Queens 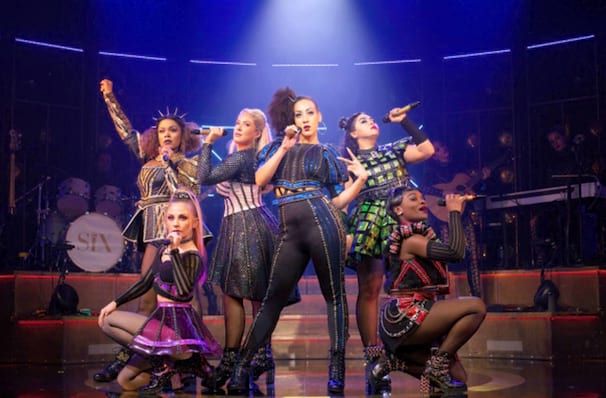 In celebration of IWD we're focussing on some of the West End's best female-led productions. Whether they're turning the tide of history or showing the man whose boss, London is full of shows that showcase te power of Womanhood.

Now playing at the Arts Theatre

Henry VIII's hunt for an heir and his love of beheadings has made him one of the most famous monarchs in Britain's history with the tale of his six unfortunate wives the stock of any school history lesson. But, creators Toby Marlow and Lucy Moss decided to turn history into HER-story as they give a voice to the women who made Henry so famous!

With songs like "Ex Wives", "Haus of Holbein" and "Don't Lose Ur Head" and taking inspiration from contemporary pop to re-write history, it's an electrifying night packed full of fun, laughter, and sass that'll have you smiling long after the final curtain! BOOK TICKETS

Now playing at the Aldwych Theatre

The Queen of Rock 'n Roll's extraordinary story comes to life in this theatrical spectacle! Charting Tina Turner's incredible rise to fame, as well as her turbulent private life, Tina - The Tiner Turner Musical is a true celebration of the music icon's grit, determination, and talent. Featuring Turner's sensational hits as well as some truly dazzling choreography, this is one night out at the theatre you really don't want to miss! BOOK TICKETS

Now playing at the Shaftesbury Theatre

Shakespeare's most famous play is turned on its head as it receives a 21st Century re-write! In this brand new musical (courtesy of David West Read), featuring some of the world's biggest pop hits, our heroine Juliet doesn't meet a grizzly end like the original but instead heads off to Paris, with her fabulous friends, to find out who she really is!

With hits like "I Want It That Way", "...Baby One More Time" and "Since U Been Gone" & Juliet is a full-throttle musical spectacle, (and now a nine-time Olivier Award nominee) with the swinging chandelier and confetti canon to boot! So grab your gal pals and warm up those vocal cords as you experience a musical event like no other! BOOK TICKETS

MARY POPPINS - The magical nanny is back! BOOK TICKETS

WICKED - Elphaba and Glinda show us why they're the real MVP. BOOK TICKETS

9 TO 5 - A day at the office you'll never forget! BOOK TICKETS

The Queens are back for 2019 with five Olivier award nominations! Henry the VIII's hunt for an heir and his love of beheadings has made him one of the most famous monarchs in Britain's history, with the...more info